Jill Kriegel, English Department Chair at St. Joseph’s Catholic School in Greenville, SC, earned her Ph.D. at Florida Atlantic University. Her dissertation explores Augustinian echoes in the works of Charles Dickens. She has published in the Saint Austin Review, including essays on Chaucer, Shakespeare, Charlotte Brontë, and Dickens. Her essay, “Shakespeare’s Friar Laurence: Romeo and Juliet’s Near-Tragic Hero and a Case Against Natural Magic”, appeared in LOGOS: A Journal of Catholic Thought and Culture. A slightly amended version of this essay appears also in the Ignatius Critical Edition of Romeo and Juliet. 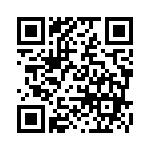