STEWART LONE is Professor of modern Northeast Asian social history, University of New South Wales (campus at The Australian Defense Force Academy). He is the author of Korea Since 1850 (1993), Japan's First Modern War (1994), 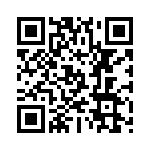