Elton L. Daniel, PhD, is professor of history at the University of Hawaii, Manoa, Honolulu, HI. 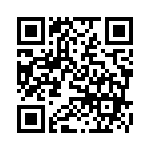