“We spend our days reading, on screens, stuff we'd never bother reading in a printed book, and bitch about how busy we are.” Franzen seems to be the most divisive of all living authors. I know he is ... Read full review

The book is about 50% birds, and I'm really just not that into birds, or nature or conservation writing. So, I skimmed a couple of chapters. He's good when he is writing from a personal perspective. I ... Read full review

Jonathan Franzen was born in Western Springs, Illinois on August 17, 1959. He graduated from Swarthmore College in 1981, and went on to study at the Freie University in Berlin as a Fulbright scholar. He worked in a seismology lab at Harvard University's Department of Earth and Planetary Sciences after graduation. His works include The Twenty-Seventh City (1988), Strong Motion (1992), How to Be Alone (2002), and The Discomfort Zone (2006). The Corrections (2001) won a National Book Award and the 2002 James Tait Black Memorial Prize for fiction. Freedom (2010) is an Oprah Book Club selection. He also won a Whiting Writers' Award in 1988 and the American Academy's Berlin Prize in 2000. He is also a frequent contributor to Harper's and The New Yorker. In 2015 his title Purity made The New Yort Times and New Zealand Best Seller List. 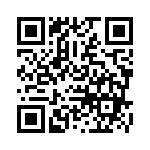