Robert Browning was the son of a well-to-do clerk in the Bank of England. He was educated by private tutors and from his own reading in his father's library and elsewhere. Browning's first publication was Pauline (1833). The work made no stir at all. The following year Browning went to St. Petersburg and from there to Italy. On his return to England in 1835 he published Paracelsus, a dramatic poem based on the life of the fifteenth-century magician and alchemist. Browning next attempted a play. Strafford was the first of the poet's dramatic failures; it ran only five nights at Covent Garden in 1836. An obscure and difficult poem, Sordello, appeared in 1840. It did a great deal toward giving Browning a reputation for being unintelligible and for limiting the circles of his readers. The most important event in Browning's life occurred in 1846, when he married Elizabeth Barrett. The marriage brought a new lightness and openness of voice to Browning's verse during the next 21 years, resulting in the great dramatic monologues of Men and Women in 1855 and the epic The Ring and the Book in 1867. It is not that these are the most beautiful poems of the Victorian Age, but they are the most perceptive; they reveal more clearly the men and women who speak the monologues, and the poet who conceived them, than any comparable works of the century. In the last two decades of his life Browning produced only a few great poems but much were grotesque and fantastic. He turned, too, to translations and transcriptions from the Greek tragedies; in spite of some powerful passages, these were not highly successful Robert Browning died in Italy in 1889. His body lies in Westminster Abbey. 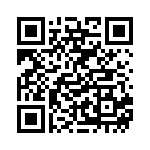