Quiet Rumours seems like a work in progress, not a finished product. The essays inside are hit-or-miss. I loved some, and I was unimpressed by others. Some challenged me, others didn't. Spanning a ... Read full review 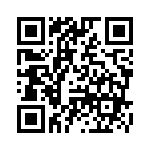