Where I got the book: audiobook on Audible. This is the first novel in the Barchester Chronicles—attentive friends may remember that I listened to the second novel, Barchester Towers, first, loved it ... Read full review

There is not a huge amount of plot to this novel and the Goodreads blurb sums it up really. There is humour in Mr Harding's fear of the archdeacon, but the story is very topical and references several ... Read full review

Anthony Trollope (1815-82) was one of the most widely enjoyed and prolific novelists of the nineteenth century. His books include the great Chronicles of Barsetshire, of which The Warden is the first volume. Trollope worked for the Post Office for much of his adult life, combining postal and literary business as he travelled around the British Empire. He has been credited with the creation of the distinctive British pillar box.
The other five titles in the Chronicles of Barsetshire are Barchester Towers, Dr Thorne, Framley Parsonage, The Small House at Allington and The Last Chronicle of Barset, all of which are published in the Penguin English Library. 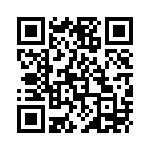