LIFE AND DEATH ON MT. EVEREST: Sherpas and Himalayan Mountaineering

Anthropologist Ortner's (Columbia) ethnographic immersion into Sherpa life and how it has been affected by the international climbing culture is a remarkable display of agile fieldwork, sensitive to ... Read full review

Life and death on Mt. Everest: Sherpas and Himalayan mountaineering

Since the late 19th century, climbing mountains has held a certain allure. Expeditions are now reaching all-time highs, as experienced and inexperienced climbers "reach for the top." These two books ... Read full review

Sherry B. Ortner is Professor of Anthropology at Columbia University. She is the author of two previous books on the Sherpas of Nepal, Sherpas through Their Rituals and High Religion: A Cultural and Political History of Sherpa Buddhism (Princeton), and has also written books on social, cultural, and feminist theory. She has received numerous prestigious awards, including the John D. and Catherine T. MacArthur Foundation Fellowship. 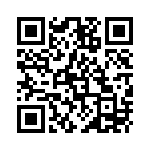