Walker Percy, May 28, 1916 - May 10, 1990 Walker Percy, born in Alabama, raised in Mississippi, and a former resident of Louisiana, was a member of a prominent Southern family who lost his parents at an early age and grew up as the foster son of his father's cousin. Percy graduated from the University of North Carolina and received his M.D. from Columbia, but was a nonpracticing physician who devoted much of his life to his writing. Percy's first novel, The Moviegoer (1961), won the 1962 National Book Award, but Charles Poore considers The Last Gentleman (1966) "an even better book." Love in the Ruins (1971) marks a sharp change in method and subject from the first two novels. A doomsday story set "at the end of the Auto Age," it exposes many foibles and abuses in contemporary life through sharp satire and extravagant fantasy. Whereas Love in the Ruins is funny, Percy's next novel, Lancelot (1977) is the rather bleak and pessimistic story of a deranged man who blows up his home when he finds proof of his wife's infidelities and then tells his story in an asylum for the mentally disturbed. Its apocalyptic vision is expressed in a more positive and affirmative way in The Second Coming (1980), which takes its title from the fact that it resurrects the character of Will Barret from The Last Gentleman and locates him, a quarter-century older, finding love and meaning in a cave. 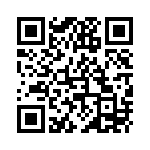