Christopher Buckley was born December 24, 1952. He is an American political satirist and the author of novels including God Is My Broker, Thank You for Smoking, Little Green Men, The White House Mess, No Way to Treat a First Lady, Wet Work, Florence of Arabia, Boomsday, Supreme Courtship, and, most recently, Losing Mum and Pup: A Memoir. He is the son of William F. Buckley Jr. and Patricia Buckley. Buckley, like his father, graduated from Yale University, as a member of Skull and Bones. He became managing editor of Esquire Magazine and later worked as the chief speechwriter for Vice President George H. W. Bush. This experience led to his novel The White House Mess, a satire on White House office politics and political memoirs.

Oliveira studied with Levine in the late sixties. He is publisher of Mille Grazie Press, and editor of Solo, an award-winning poetry journal. 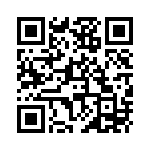