Thomas Cartelli is professor of English and Film Studies at Muhlenberg College in Allentown, Pennsylvania. He is the author of Repositioning Shakespeare: National Formations, Postcolonial Appropriations; Marlowe, Shakespeare, and the Economy of Theatrical Experience, and coauthor of New Wave Shakespeare on Screen. His essays appear in The Cambridge Companion to Christopher Marlowe; Shakespeare the Movie II; and A Blackwell Companion to Shakespeare, among others. 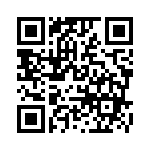