C. X. GEORGE WEI is Associate Professor of History at Susquehanna University and guest professor of the Institute of History Research of the Shanghai Academy of Social Sciences. He is co-editor of Chinese Nationalism in Perspective: Historical and Recent Cases (2001), and author of Sino-American Economic Relations, 1944-1949 (1997).

XIAOYUAN LIU is Associate Professor of History at Iowa State University. He is the author of A Partnership for Disorder: China, the United States, and Their Policies for the Postwar Disposition of the Japanese Empire, 1941-1945. 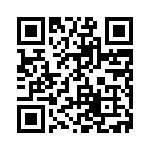