Frank B. Gilbreth Jr., March 17, 1911 - February 18, 2001 Frank B. Gilbreth Jr. was born march 17, 1911 in Plainfield New Jersey to Frank B. Gilbreth Sr., an efficiency expert and Lillian M. Gilbreth, an educator. He was one of twelve children who grew up together in Montclair, NJ. He is, in fact known for the book he and his sister Ernestine Gilbreth Carey wrote together about that selfsame childhood, entitled Cheaper By the Dozen. He graduated from the University of Michigan where he was editor for the college paper, the Michigan Daily. After college, Gilbreth worked as a reporter for the New York Herald Tribune, the Associated Press in Raleigh, NC and then New York and finally ended up at the Post and Courier in Charleston, SC. He wrote the column "Doing the Charleston" from the late '40's till 1993, as well as the added duties of assistant publisher of the Post and Courier and vice president of Evening Post Publishing Company. Glibreth also wrote the Dictionary of Charlsetonese, a pamphlet which made fun of the Charleston accent. While Gilbreth was known for Cheaper By the Dozen, he also wrote it's sequel Belles on Their Toes, both of which were made into feature films. He has also written eight other books and was named to the South Carolina Academy of Authors in 1998. His column in the Courier and Post was one of the longest running columns in the United States. Frank B. Gilbreth Jr. died on Sunday, February 18, 2001 at the age of 89. 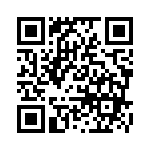