Soldiers of God provides the historical context for the emergence of the Taliban and Osama Bin Laden's terrorist network. Given the devastation of September 11th, 2001 the republishing of this book ... Read full review

Kaplan's examination of the cultures, climates, and histories of Afghanistan and Pakistan is both engaging and telling. More than any other work I've come across, Soldiers of God works to not only ... Read full review

Robert D. Kaplan is the bestselling author of sixteen books on foreign affairs and travel translated into many languages, including Asia’s Cauldron, The Revenge of Geography, Monsoon, The Coming Anarchy, and Balkan Ghosts. He is a senior fellow at the Center for a New American Security and a contributing editor at The Atlantic, where his work has appeared for three decades. He was chief geopolitical analyst at Stratfor, a visiting professor at the United States Naval Academy, and a member of the Pentagon’s Defense Policy Board. Foreign Policy magazine has twice named him one of the world’s Top 100 Global Thinkers. 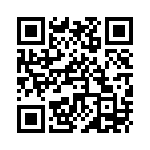