VIETNAM'S FORGOTTEN ARMY: Heroism and Betrayal in the ARVN

Admiring biography of two officers in the Army of the Republic of Vietnam (ARVN), which fought far better than most American histories have acknowledged.Vietnam has a long martial tradition, writes ... Read full review

Vietnam’s Forgotten Army is both a history of the ARVN (Army of the Republic of Vietnam) and a biography of two of its most distinguished junior officers, Pham Van Dinh and Tran Ngoc Hue. One was ... Read full review

Page 36 - Minh states that he, rather than the Committee of Generals, is making decisions, it is not clear that this is actually so. In any event, neither he nor the Committee are experienced in political administration and so far they show little talent for it. There is no clear concept on...
Appears in 9 books from 1971-2007

Andrew Wiest is Professor of History and Co-Director of the Center for the Study of War and Society at the University of Southern Mississippi. He is co-editor of War in the Age of Technology: Myriad Faces of Modern Armed Combat (NYU Press, 2001) and author or co-author of numerous books, including Rolling Thunder in a Gentle Land: The Vietnam War Revisited, Atlas of World War II, and The Vietnam War, 1959–1975. He lives in Hattiesburg, MS. 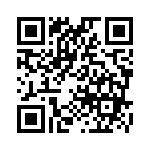