Michael A. Stroscio is a University Distinguished Professor and Richard and Loan Hill Professor at the University of Illinois, Chicago and also holds appointments in the Departments of Electrical and Computer Engineering, Bioengineering, and Physics. 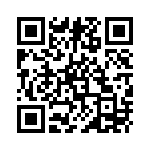