Ibrahim M. Abu-Rabi' is Professor of Islamic Studies and Christian-Muslim Relations at the Hartford Seminary. He is the author of Intellectual Origins of Islamic Resurgence in the Modern Arab World and the editor of The Mystical Teachings of al-Shadhili: Including His Life, Prayers, Letters, and Followers. A Translation from the Arabic of Ibn al-Sabbagh's Durrat al-Asrar wa Tuhfat al-Abrar, both published by SUNY Press. 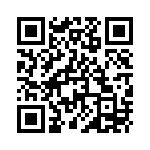