Roman history. The Civil Wars are all here. (There were more than that between Caesar and Pompey.) Thank God we didn't live in those times. It held my interest. Read full review

Appian (Appianus) was a Greek official of Alexandria. He saw the Jewish rebellion of 116 CE, and later became a Roman citizen and advocate and received the rank of eques (knight). In his older years ... Read full review 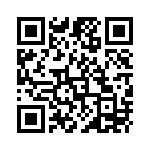