Schwartz claimed he'd found the philosopher's stone of the class struggle, and that it all hinged on the San Francisco-based Sailors Union of the Pacific...
{The book} begins by establishing the brutal conditions faced by 19th century seamen. Sailors endured grueling labor for low wages on long voyages, bad food in small quantities and frequent savage beatings from ships' officers. Sailors who jumped ship in California were penalized as criminals, guilty of ``desertion'' and imprisoned for six months at hard labor.
These conditions, combined with a rapidly expanding West Coast maritime economy, gave rise to the Coast Seamen's Union, which became the Sailor's Union of the Pacific. The Coast Seamen's Union was founded on a lumber pile on the Folsom Street Wharf on March 6, 1885, by radical socialists of the San Francisco-based International Workmen's Association, modeled on Marx's wing of the First International....
But as the account progressed into the 1920s, schizophrenic authorial voices alternated with metronomic regularity, in places sympathetic to proletarian radicals, at other points distancing and dismissive in the smug cliched style of mainstream American journalism.
Schwartz critiqued the Bolshevik hijacking of radical tendencies in the international workers' movement, and Moscow's sabotage of revolution in Germany. Subsequently the authorial voice took on the frenzied tone of a protagonist in a story by Edgar Allan Poe. He wrote as if he'd been cheated out of a parking space. On page 86 of Chapter IV Schwartz claimed that when it came to police violence against the working class in the United States or Russia ``There was most assuredly a difference between the clubs of (Democratic) forces and those of the Communist (sic) police in Moscow.''
From a left-libertarian critique of Bolshevik state capitalism, Schwartz swung to a right-wing demonization of Stalinism. Schwartz had crossed over to the side of the bosses, as long as they weren't the bosses of nationalized industry in Russia.
In a later chapter Schwartz claimed the Russian and German revolutions and all the revolts and uprisings since 1917 had been minor footnotes to the union-controlled San Francisco General Strike of 1934. Although many of the seamen and longshoremen in this strike followed the leadership of Stalinists, Schwartz dismissed this as a generation gap between solid trade-unionists of the SUP stripe and combative young proles who didn't understand what the union movement was all about. This last point was offered without irony.
Cracking up entirely under the weight of trade-union consciousness, Schwartz extolled the patriotism of the SUP and its role in the American war effort in World War II and the Korean War. The manuscript ended with brown-nosing praise of Paul Dempster, Schwartz's employer, the contemporary head of the union.
I compared Schwartz's manuscript with The Sailors Union of the Pacific by Paul S. Taylor, an economics instructor at the University of California who published his history in 1923 with the cooperation of Sailors' Union leader Andrew Furuseth.
According to Taylor, the SUP was a business union with a conservative strike policy. As early as 1894 the SUP went on record as being against ``the collective ownership of the means of production and distribution.'' During World War I sailors were one of the few categories of workers that refrained from striking throughout the war. Furuseth proclaimed in a patriotic manifesto during the war that ``Seamen have no choice but to obey.''...
*
{From "From Munis to Meese: Left Communism or State Department Surrealism?" by Kevin Keating:
http://www.infoshop.org/myep/munis_meese.html } 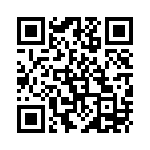