Novelist, poet, and essayist Robert Louis Stevenson was born in Edinburgh, Scotland. A sickly child, Stevenson was an invalid for part of his childhood and remained in ill health throughout his life. He began studying engineering at Edinburgh University but soon switched to law. His true inclination, however, was for writing. For several years after completing his studies, Stevenson traveled on the Continent, gathering ideas for his writing. His Inland Voyage (1878) and Travels with a Donkey (1878) describe some of his experiences there. A variety of essays and short stories followed, most of which were published in magazines. It was with the publication of Treasure Island in 1883, however, that Stevenson achieved wide recognition and fame. This was followed by his most successful adventure story, Kidnapped, which appeared in 1886. With stories such as Treasure Island and Kidnapped, Stevenson revived Daniel Defoe's novel of romantic adventure, adding to it psychological analysis. While these stories and others, such as David Balfour and The Master of Ballantrae (1889), are stories of adventure, they are at the same time fine studies of character. The Master of Ballantrae, in particular, is a study of evil character, and this study is taken even further in The Strange Case of Dr. Jekyll and Mr. Hyde (1886). In 1887 Stevenson and his wife, Fanny, went to the United States, first to the health spas of Saranac Lake, New York, and then on to the West Coast. From there they set out for the South Seas in 1889. Except for one trip to Sidney, Australia, Stevenson spent the remainder of his life on the island of Samoa with his devoted wife and stepson. While there he wrote The Wrecker (1892), Island Nights Entertainments (1893), and Catriona (1893), a sequel to Kidnapped. He also worked on St. Ives and The Weir of Hermiston, which many consider to be his masterpiece. He died suddenly of apoplexy, leaving both of these works unfinished. Both were published posthumously; St. Ives was completed by Sir Arthur Quiller-Couch, and The Weir of Hermiston was published unfinished. Stevenson was buried on Samoa, an island he had come to love very much. Although Stevenson's novels are perhaps more accomplished, his short stories are also vivid and memorable. All show his power of invention, his command of the macabre and the eerie, and the psychological depth of his characterization. 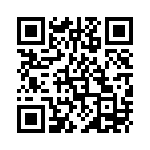