Jomo Kenyatta was born in 1889 in Gatundu of Kiambu County in Kenya. As a boy, Kenyatta assisted his grandfather, who was a medicine man. This greatly contributed to his interest in Gikuyu culture and customs. He received his preliminary education at the Scottish Mission Centre at Thogoto, Kiambu. He also received elementary technical education at the same institution. In the 1930s he studied Anthropology at the London School of Economics. His first work was on a monthly Gikuyu journal called Muigwithania ("One Who Reconciles") first published in May 1928. Jomo Kenyatta was among the foremost leaders of African nationalism and he became Kenya's first president. He died on 22 August 1978 at the age of 89 years. 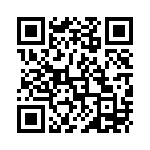