Professor of history at Ohio State University, Jane Hathaway has written and researched extensively on Egypt and Yemen under Ottoman rule and on the Ottoman Chief Harem Eunuch.  Previous titles include: The Politics of Households in Ottoman Egypt:  The Rise of the Qazdađlýs (1997) and Beshir Agha, Chief Eunuch of the Ottoman Imperial Harem (2006). 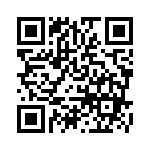