Khadim Mbackť (Director of Research in the Department of Language and Civilization, Institut Fondamental d'Afrique Noire and Cheikh Anta Diop University, Dakar) is the author of Zouhour Al-Bassatin.

John Hunwick, editor (Northwestern University) is the author of several books on Islamic Africa, including West Africa, Islam and the Arab World and Jews of a Saharan Oasis: The Elimination of the Tamantit Community (also available from Markus Wiener). He is co-editor with Eve Trout Powell of The African Diaspora in the Mediterranean Lands of Islam.

Eric Ross teaches geography at Al Akhawayn University in Ifrane, Morocco. He has conducted research on Sufi brotherhoods and Muslim towns in Senegal and on cultural tourism and urban design in Morocco 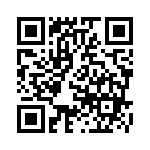