Dark urban conspiracy with telepathy and mindbending, over the top body count, rough cut moralizing. A young woman with something extra tangles with something(s) bigger and badder than she is, and she's pretty bad, in a competent way. Too over the top to be really scary. Read full review

SL Huang justifies her MIT degree by using it to write eccentric mathematical superhero fiction. In real life, you can usually find her hanging upside down from the ceiling or stabbing people with swords. 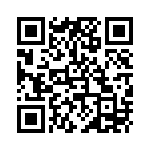