Richard G. Heimberg, Ph.D., is Professor of Psychology and Director of the Social Phobia Program at the Center for Stress and Anxiety Disorders of the University at Albany, State University of New York. He has been actively involved in research on social phobia since it was officially recognized in the early 1980s and has developed a cognitive-behavioral group therapy that has been shown to be an effective treatment for social phobia in several controlled studies. Dr. Heimberg has published over 100 scientific papers on the cognitive-behavioral assessment and treatment of social phobia and related anxiety and affective disorders.

Michael R. Liebowitz, M.D., is Professor of Clinical Psychiatry at the College of Physicians and Surgeons of Columbia University and Director of the Anxiety Disorders Clinic at the New York State Psychiatric Institute. A leader in studies of the diagnosis and treatment of anxiety disorders, he has played a key role in bringing attention to the problems experienced by persons with social phobia. Dr. Liebowitz also chaired the work groups that developed the DSM-IV diagnostic criteria for the anxiety disorders.

Debra A. Hope, Ph.D., is Associate Professor of Psychology at the University of Nebraska-Lincoln and Director of the Psychological Consultation Center. She has published widely on the assessment and treatment of social phobia, social skills, social anxiety in schizophrenia, and the process and efficacy of psychotherapy.

Franklin R. Schneier, M.D., is Associate Professor of Clinical Psychiatry at the College of Physicians and Surgeons of Columbia University and Assistant Director of the Anxiety Disorders Clinic at the New York State Psychiatric Institute. Diagnosis and treatment of social phobia has been a focus of his research. 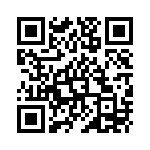