You want to know where all the ancient Greek gods are described? How about the Heroes? They are all here in this two volume set. Appolodorus compiled the Greek myths here. Undoubtedly used by all ... Read full review

Page 333 - What is it that goes on four legs in the morning, on two at midday, and on three in the evening?
Appears in 48 books from 1842-2008
Page xxvii - I understand mistaken explanations of phenomena, whether of human life or of external nature. Such explanations originate in that instinctive curiosity concerning the causes of things which at a more advanced stage of knowledge seeks satisfaction in philosophy and science...
Appears in 32 books from 1921-2007
More
Page 65 - Meleager grew up to be an invulnerable and gallant man, but came by his end in the following way. In sacrificing the first fruits of the annual crops of the country to all the gods, Oeneus forgot Artemis alone. But she in her wrath sent a boar of extraordinary size and strength, which prevented the land from being sown and destroyed the cattle and the people that fell in with it.
Appears in 9 books from 1921-1997
Page 47 - Hercher. them projected a hundred dragons' heads. From the thighs downward he had huge coils of vipers, which when drawn out, reached to his very head and emitted a loud hissing. His body was all winged J : unkempt hair streamed on the wind from his head and cheeks ; and fire flashed from his eyes.
Appears in 7 books from 1866-2005
Page 155 - When Acrisius afterwards learned that she had got a child Perseus, he would not believe that she had been seduced by Zeus, and putting his daughter with the child in a chest, he cast it into the sea.
Appears in 6 books from 1921-2003
Page 47 - Typhon at a distance with thunderbolts, and at close quarters struck him down with an adamantine sickle and, as he fled, pursued him closely as far as Mount Casius, which overhangs Syria. There, seeing the monster sore wounded, he grappled with him. But Typhon twined about him and gripped him in his coils and, wresting the sickle from him, severed the sinews of his hands and feet...
Appears in 7 books from 1921-2005
Page 53 - Zeus by pouring heavy rain from heaven flooded the greater part of Greece, so that all men were destroyed, except a few who fled to the high mountains in the neighbourhood. It was then that the mountains in Thessaly parted, and that all the world outside the Isthmus and Peloponnesus was overwhelmed.
Appears in 8 books from 1906-2005
Page xxix - The zealous student of myth and ritual, more intent on explaining them than on enjoying the lore of the people, is too apt to invade the garden of romance and with a sweep of his scythe to lay the flowers of fancy in the dust. He needs to be reminded occasionally that we must not look for a myth or a rite behind every tale, like a bull behind every hedge or a canker in every rose.
Appears in 17 books from 1921-2002
Page 335 - ... prediferencial that to him who should read the riddle he would give both the kingdom and the wife of Laius. On hearing that, Oedipus found the solution, declaring that the riddle of the Sphinx referred to man; for as a babe he is four-footed, going on four limbs, as an adult he is twofooted, and as an oíd man he gets besides a third support in a staff.
Appears in 6 books from 1921-2005
Page 53 - Parnassus, and there, when the rains ceased, he disembarked and sacrificed to Zeus, the God of Escape. And Zeus sent Hermes to him and allowed him to choose what he would, and he chose men. And ,' at the bidding of Zeus he picked up stones and threw them over his head ; and the stones which Deucalion threw became men, and the stones which Pyrrha threw became women. That is why in Greek people are called laoi from laas,
Appears in 13 books from 1921-2007
Less

Sir James George Frazer (1854-1941) was Fellow in Classics at Trinity College, Cambridge and an important figure in the development of modern social anthropology. 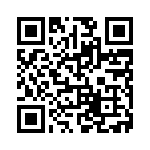