Yukio Mishima, the pseudonym for Hiraoka Kimitake, was born in Tokyo in 1925. His work covers many styles: poetry, essays, modern Kabuki ja Noh drama, and novels. Among his masterpieces are The Temple of the Golden Pavilion, and the four-volume novel Sea of Fertility, which outlines the Japanese experience in the 20th century. Each of the four volumes in this series has a distinct title--Spring Snow, Runaway Horses, The Temple of Dawn, and Five Signs of a God's Decay--and they were published over a six-year period, from 1965-1970. Mishima's plays include Tenth Day Chrysanthemum, and the Kabuki piece The Moon Like a Drawn Bow. Although Mishima was been nominated three times for the Nobel Prize for Literature, he never received it. Nevertheless, he is considered by many critics as one of the most important Japanese novelists of the 20th century. Yukio Mishima died by his own hand in 1970, committing seppuku (ritual disembowelment). 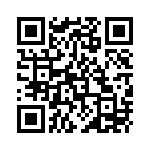