Allen Forte, Battell Professor of the Theory of Music at Yale University, has written extensively about twentieth-century classical and popular music. Richard Lalli and Gary Chapman have performed recitals of classic American popular songs at such venues as Lincoln Center in New York, the National Gallery of Art in Washington, and Wigmore Hall in London. 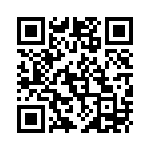