Jeanneney is critical of Google the company and their Book Search enterprise in particular. He feels that to give a company so much power over the products of culture is short-sighted and dangerous ... Read full review

Jean-Noël Jeanneney was the president of the Bibliothčque nationale de France from 2002 until 2007. Teresa Lavender Fagan has translated more than a dozen books for the University of Chicago Press. 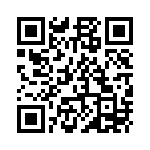