DAVID GRITTEN has been writing about and reviewing films for the Daily Telegraph for 15 years. He has interviewed many of the film's world's leading names: Scorsese, Spielberg, Streep, Almodovar, Clooney and Hanks. He is a long-time London correspondent for the Los Angeles Times, and in 2004 became the first film critic in the history of Saga magazine. He is also a contributing editor at Conde Nast Traveller magazine. He spent the 1980s in Los Angeles, working first as arts editor and then as TV critic for a daily newspaper, the Herald Examiner. In 2002, Penguin published his book Fame: Stripping Celebrity Bare, which dealt with the corrosive effects of celebrity culture. He has completed a spell as chairman of the London Film Critics' Circle. 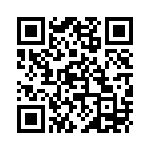