Miyuki Miyabe's first novel was published in 1987, and since that time she has become one of Japan's most popular and best-selling authors. Miyabe's 2007 novel Brave Story won The Batchelder Award for best children's book in translation from the American Library Association. The Book of Heroes is her sixth novel to be translated into English. 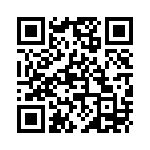