My absolute favorite book series in the whole world. Engaging, enticing, and full of magic, Harry Potter can be read a hundred different times and still captivate the reader! Read full review

Old wine in a new bottle. But man.... is that bottle shiny or what??!! :-D Extremely immersive and addictive. So if you are thinking of picking it up set aside a week or so and binge on it. Read full review

J.K. Rowling is the author of the seven Harry Potter novels, which have sold over 450 million copies and have been translated into 79 languages, and three companion books originally published for charity. She has also written The Casual Vacancy, a novel for adults, and, under the pseudonym Robert Galbraith, is the author of the Cormoran Strike crime series. In 2016 J.K. Rowling made her screenwriting debut and was a producer on the film Fantastic Beasts and Where to Find Them, a further extension of the Wizarding World and the start of a new five-film series.

Jim Kay won the Kate Greenaway Medal in 2012 for his illustrations in A Monster Calls by Patrick Ness. Jim studied illustration at the University of Westminster and since graduating has worked in the archives of Tate Britain and the Royal Botanic Gardens at Kew. Jim has produced concept work for television and contributed to a group exhibition at the Victoria and Albert Museum in London. He now lives and works in Northamptonshire, England, with his partner and a rescued greyhound. 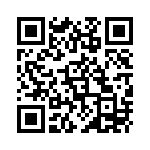