JEFFREY A. NEDOROSCIK is Deputy Executive Officer for the United States Agency for International Development's Mission to Rwanda. He studied the City of the Dead as a Thomas J. Watson Fellow. 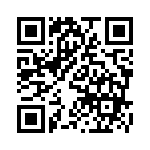