Dr Josh Ryan-Collins is senior economist at the New Economics Foundation, where he has been based since 2006. He leads a research programme at NEF focusing on monetary and financial reform and the economics of land and housing and has published widely across these areas. Josh is the lead author of Where Does Money Come From?, a comprehensive guide to the workings of the modern monetary system, which is used as a textbook to teach banking and finance courses at universities in the UK and United States. He has a PhD in economics from the University of Southampton and is visiting research fellow at Southampton Business School and City University’s Political Economy Research Centre in London.

Toby Lloyd is head of housing development at Shelter, the UK’s largest housing charity, where he was previously head of policy. He has worked on housing issues across the public, private and voluntary sectors for over twelve years, advising ministers, mayors, businesses and communities. His proposal for a new Garden City won the runner-up award in the Wolfson Economics Prize 2014.

Laurie Macfarlane is an economist at the New Economics Foundation, working on land and financial reform issues. He was previously head of economic analysis at the Water Industry Commission for Scotland and also spent one year working in the markets and economics division at Ofwat. Laurie has written on land and housing reform for the progressive Scottish think tank Common Weal. He has a first class degree in economics from the University of Strathclyde.

The New Economics Foundation is the only people-powered think tank. It works to build a new economy where people really take control. 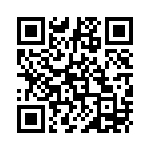