Stephen Weiner is the director of the Maynard Public Library in Maynard, Massachusetts, and a comics historian and critic who has been a pioneering advocate for graphic novels in public libraries and education and has published numerous articles and reviews about comic art. He is the author of 100 Graphic Novels for Public Libraries, The 101 Best Graphic Novels, and Bring an Author to Your Library and the coauthor of The Will Eisner Companion. He lives in Maynard, Massachusetts. Will Eisner is a legend and pioneer in comics, best known for the Spirit series, as well as numerous graphic novels--a term he coined--including A Contract with God. The Eisner Award, comics' most coveted award, is named for him. 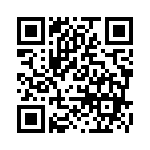