For all of the financial capital under their control, it has always amazed me how anonymous most portfolio managers are. Money management companies (e.g., Fidelity, Putnam, Vanguard) are well-known ... Read full review

This is a short book, but long on advice even, and especially, after the financial meltdown. It took me about 40 - 45 minutes to go through the book, but I'll read it again tomorrow and maybe again ... Read full review

Peter Lynch is the vice-chairman of Fidelity Management and Research. Lynch wrote "One Up on Wall Street," "Beating the Street," and "Learning to Earn," all of which are guides to investing, tracking, and reading the stock market.

John Harmon Rothchild was born on May 13, 1945, in Norfolk, Va., to Tom and Barbara (Calloway) Rothchild. He grew up in St. Petersburg, Fla., where his father was a high school principal and his mother ran a dress shop. He studied Latin American affairs at Yale, where he was the managing editor of The Yale Daily News and became a Fulbright scholar. He earned his bachelorżs degree in 1967. He then joined the Peace Corps and spent two years in Ecuador before he started working for Washington Monthly. Then he became a freelance writer for outlets like Time, GQ and Outside. He wrote about Florida, where he was raised, as well as mountain climbing, cycling, and personal finance. He picked up the personal finance bug in the 1980s. One of his best-known books, A Fool and His Money (1988), subtitled The Odyssey of an Average Investor, was recognized for its comically absurd guarantee: Readers would not earn a penny from the information it contained. The book sold well, and according to Mr. Rothchildżs daughter it caught the eye of Peter Lynch, the former manager of the Magellan Fund at Fidelity Investments. Mr. Rothchild and Mr. Lynch collaborated on several popular books on stock trading. Their One Up on Wall Street (1989), Beating the Street (1993) and Learn to Earn (1995) were all Times best sellers. John Harmon Rothchild passe away on December 27, 2019 at the age of 74. 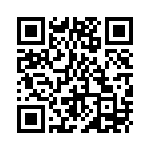