Gilbert Achcar grew up in Lebanon and now teaches politics and international relations at the University of Paris—VIII. He is a frequent contributor to Le Monde Diplomatique and the author of The Clash of Barbarisms: September 11 and the Making of the New World Disorder (Monthly Review Press, 2002). 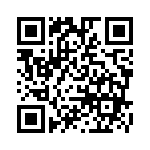