This work about the brutal 18th-century war between Indian tribes (led by a daring and skilled chief known as King Philip) is divided into three quite different parts. The first part provides a ... Read full review

Well written but would have liked to have seen ,more history and less guide book. Read full review

Michael J. Tougias is the author of numerous books including The Finest Hours, which was recently adapted into a feature film starring Chris Pine. He lives in Massachusetts. 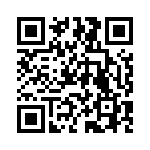