My name is Savy

H B of Conflict Resolution

Morton Deutsch is E. L. Thorndike Professor and director emeritus of the International Center for Cooperation and Conflict Resolution (ICCCR) at Teachers College, Columbia University. He studied with Kurt Lewin at MIT’s Research Center for Group Dynamics, where he obtained his Ph.D. in 1948. He is well-known for his pioneering studies in intergroup relations, cooperation-competition, conflict resolution, social conformity, and the social psychology of justice. His books include Interracial Housing, Research Methods in Social Relations, Preventing World War III: Some Proposals, Theories in Social Psychology, The Resolution of Conflict, Applying Social Psychology, and Distributive Justice. His work has been widely honored by the Kurt Lewin Memorial Award, the G. W. Allport Prize, the Carl Hovland Memorial Award, the AAAS Socio-Psychological Prize, APA’s Distinguished Scientific Contribution Award, SESP’s Distinguished Research Scientist Award, and the Nevitt Sanford Award. He is a William James Fellow of APS. He has also received lifetime achievement awards for his work on conflict management, cooperative learning, peace psychology, and applications of psychology to social issues. In addition, he has received the Teachers College Medal for his contributions to education, the Helsinki University medal for his contributions to psychology, and the doctorate of humane letters from the City University of New York. He has been president of the Society for the Psychological Study of Social Issues, the International Society of Political Psychology, the Eastern Psychological Association, the New York State Psychological Association, and several divisions of the American Psychological Association. It is not widely 895 known, but after postdoctoral training, Deutsch received a certificate in psychoanalysis in 1958 and conducted a limited practice of psychoanalytic psychotherapy for more than twenty-five years.

Peter T. Coleman holds a Ph.D. and M.Phil. in social/organizational psychology from Teachers College, Columbia University and a B.A. in communications from The University of Iowa. He is currently associate professor of psychology and education at Teachers College, Columbia University and teaches courses in conflict resolution, social psychology, and social science research. Dr. Coleman is director of the International Center for Cooperation and Conflict Resolution (ICCCR) at Teachers College, Columbia University, an innovative Center dedicated to advancing the study and practice of conflict resolution and social justice. He has conducted research on social ingroup-outgroup formation processes (in-group/out-group formation), the mediation of interethnic conflict, intractable conflict, complexity, and the conditions and processes that foster the constructive use of social power. In 2003, he became the first recipient of the Early Career Award from the American Psychological Association, Division 48: Society for the Study of Peace, Conflict, and Violence. Dr. Coleman coedited The Handbook of Conflict Resolution: Theory and Practice (2000; 2006) and has also authored over forty journal articles and chapters.

Eric C. Marcus is a principal of The Marcus Group, a firm specializing in building the capacity of individuals, groups, and organizations through strengthening skills in leadership and group development, feedback, productive conflict, change, and related areas. Based in New York City, he has been a consultant to domestic and international public, private, and not-for-profit organizations since 1984. In addition to his consulting practice, Eric works as a community mediator, is recent past president of the Organization Development Network of Greater New York, and now serves on their advisory board. Eric teaches graduate-level courses in organization development and change, organizational consultation, conflict resolution, and group dynamics at several area universities, including Baruch College, and Teachers College, Columbia University. He received his Ph.D. in Applied Social Psychology from Columbia University. 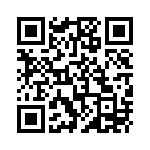