Wilson D. Miscamble, C.S.C., is Director of Graduate Studies and Associate Professor of History at the University of Notre Dame. 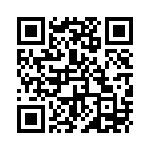