learnt a lot about my muscles and helped me better understand my pilates instructor and exercises. It is relatively simple so maybe good for beginner not for highly trained instructors. Would recommend. Read full review

The beginning of the book offers an anatomy lesson in great detail - so much so, I wondered if this was a book for someone studying medicine. Lots of detail and technical terms, along with diagrams ... Read full review

Rael Isacowitz is a world-renowned practitioner and teacher of Pilates. With over four decades of Pilates practice and achievement, he is a prominent lecturer and teacher at symposia, universities, colleges, and studios around the globe. He received his bachelor's degree and teaching credentials from Israel's prestigious Wingate Institute, where he subsequently joined the teaching faculty. He later earned a master's degree in dance from the University of Surrey in England.

Isacowitz has mastered all levels of the Pilates repertoire and is noted in the industry for his unique athleticism; synthesis of body, mind, and spirit; and passion for teaching. In 1989, he founded Body Arts and Science International (BASI) Pilates, which has developed into one of the foremost Pilates education organizations in the world. BASI Pilates is currently represented in more than 120 host locations spanning over 40 countries.

Isacowitz has authored the definitive book on Pilates (Pilates, Human Kinetics), published a series of workbooks on Pilates apparatus, produced DVDs, conceived designs of equipment manufactured by BASI Systems, and created the groundbreaking Pilates software BASI Interactive. He was a founding board member of the Pilates Method Alliance and is a regular contributor to several industry publications.

Karen Clippinger is a professor emerita at California State University-Long Beach, where she taught for 19 years. Her courses included functional anatomy for dance, body placement, and Pilates. She also taught anatomy and kinesiology courses at other prestigious universities such as UCLA and Scripps College, as well as Pilates teacher training programs for Body Arts and Science International (BASI).

Clippinger holds a master's degree in exercise science from the University of Washington. Before joining academia, she worked as a clinical kinesiologist for 20 years at Loma Linda University Medical Center and several sports medicine clinics in Seattle. She has worked with a wide range of clients and consulted for the U.S. Weightlifting Federation, the U.S. race walking team, Pacific Northwest Ballet, and the Danish Wounded Warrior Project.

Clippinger is a highly respected international speaker who has given over 400 presentations, including at conferences for BASI Pilates, Balanced Body, Pilates Alliance of Australasia, and Pilates Method Alliance. Clippinger was an exercise columnist for Shape magazine for four years and has authored numerous other articles, several book chapters, and the textbook Dance Anatomy and Kinesiology. 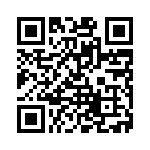