A psychological study of battle from one of the few realistic novels to come out of the Civil War. A good tight read that foreshadows Steinbeck and Hemingway. Of the short stories The Open Boat stood out. The others were almost O. Henry wannabees. A good look at life in the late 19th century. Read full review

Stephen Crane authored novels, short stories, and poetry, but is best known for his realistic war fiction. Crane was a correspondent in the Greek-Turkish War and the Spanish American War, penning numerous articles, war reports and sketches. His most famous work, The Red Badge of Courage (1896), portrays the initial cowardice and later courage of a Union soldier in the Civil War. In addition to six novels, Crane wrote over a hundred short stories including "The Blue Hotel," "The Bride Comes to Yellow Sky," and "The Open Boat." His first book of poetry was The Black Riders (1895), ironic verse in free form. Crane wrote 136 poems. Crane was born November 1, 1871, in Newark, New Jersey. After briefly attending Lafayette College and Syracuse University, he became a freelance journalist in New York City. He published his first novel, Maggie: Girl of the Streets, at his own expense because publishers found it controversial: told with irony and sympathy, it is a story of the slum girl driven to prostitution and then suicide. Crane died June 5, 1900, at age 28 from tuberculosis. 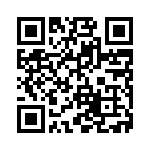