In the past I'd never been all that crazy about the Lonely Planet series, mainly because we tend to travel on a higher end than they emphasize (or oftentimes seem to approve of...) This guidebook has ... Read full review

Stan, who also authored Lonely Planet's Trekking in the Nepal Himalaya, has been organising and leading treks in Nepal since 1971. A graduate engineer, he has also worked for the US National Park service in the Yellowstone and Olympic parks as well as serving as a guide on Mt Hood in Oregon. Stan is a director of the American Himalayan Foundation, a fellow of the Royal Geographical Society and the Explorers Club and specialises in opening bars in Himalayan towns. He has travelled extensively in Bhutan and developed a project to train Bhutanese craftsmen in historic building conservation. He lives in Kathmandu, where he runs a trekking company and tries to keep up with all the changes to trekking routes in both Nepal and Bhutan. 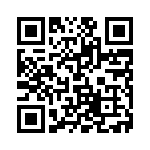