Sean Williams, Ph.D. is Professor of Ethnomusicology at The Evergreen State College in Olympia, Washington. 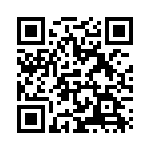