Mark Tushnet is the William Nelson Cromwell Professor of Law at Harvard Law School. He is the co-author of a number of books, including the most widely used casebook on constitutional law, Constitutional Law (with Stone, Seidman, and Sunstein). Professor Tushnet is the former president of the American Association of Law Schools.

Sanford Levinson holds the W. St. John Garwood and W. St. John Garwood, Jr. Centennial Chair in Law at the University of Texas Law School, Austin. His books include: Framed: America's 51 Constitutions and the Crisis of Governance (Oxford, 2013); Our Undemocratic Constitution: Where the Constitution Goes Wrong (And How We the People Can Correct It) (Oxford, 2008); Constitutional Faith; Wrestling with Diversity. Professor Levinson received the Lifetime Achievement Award presented by the Law and Courts Section of the American Political Science Association in 2010. 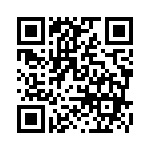