THE FOURTH REVOLUTION: The Global Race to Reinvent the State

Micklethwait and Wooldridge (co-authors: God Is Back: How the Global Revival of Faith Is Changing the World, 2009, etc.), editor in chief and management editor, respectively, of the Economist ... Read full review

Review: The Fourth Revolution: The Global Race to Reinvent the State

Some coherence on political and economic history in Part-I, stuff that almost every reasonably educated person knows, but still a reasonable refresher. But no worthwhile original argument and a ... Read full review

John Micklethwait is the editor in chief of Bloomberg News. After studying history at Magdalen College, Oxford, he worked as a banker at Chase Manhattan before joining The Economist as a finance correspondent in 1987. He served as The Economist’s editor in chief from 2006 to 2015 and was named an Editors’ Editor by the British Society of Magazine Editors in 2010.

Adrian Wooldridge is The Economist’s management editor and writes the Schumpeter column. He was previously based in Washington, D.C., as the Washington bureau chief, where he also wrote the Lexington column. Together they are the authors of five books: The Witch Doctors, A Future Perfect, The Company, The Right Nation, and God Is Back. 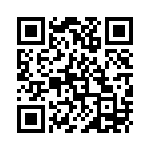