Bob Hale is Professor of Metaphysical Philosophy at the University of Glasgow. His philosophical interests lie mainly in the philosophy of mathematics and the philosophy of logic and language, and he has written numerous articles in all of these areas. He is also author of Abstract Objects (Blackwell Publishers, 1997).

Crispin Wright is Professor of Logic and Metaphysics at the University of St Andrews. He has published widely in the philosophy of mathematics, logic and language including Frege's Conception of Numbers as Objects (1983), Truth and Objectivity (1992), and Realism, Meaning, and Truth, Second Edition (Blackwell Publishers, 1993). 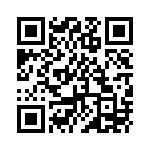