Captain Cat wants to join the army- some people like him, and some don’t, but Pete has a special place for this cat that reminds him of home. He makes time for him, even when it gets him in trouble. He and the cat both dream of their loved ones: each other. Read full review

fun book about military camp and a cat that comes along. Read full review

Syd Hoff was born and raised in New York City. He studied at the National Academy of Design and sold his first cartoon to The New Yorker when he was eighteen. He eventually became one of the most original and beloved authors and illustrators of children's books. Mr. Hoff wrote more than fifty books for children, including the I Can Read titles Danny and the Dinosaur, Oliver, and Sammy the Seal. 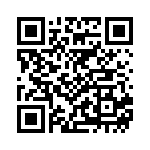