The Flavor Point Diet : The Delicious, Breakthrough Plan to Turn Off Your Hunger and Lose the Weight for Good

The Katzes - David is a high-profile nutritionist, and Catherine a cook - urge readers to rehabilitate their taste buds, which have been conditioned to need lots of variety owing to the prevalence of ... Read full review

DAVID L. KATZ, MD, MPH, FACPM, FACP is Associate Clinical Professor of Epidemiology and Public Health, and the Director of Medical Studies in Public Health, at the Yale University School of Medicine. He is co-founder and Director of Yale's Prevention Research Center, Chief Medical Correspondent for ABC News, nutrition columnist to 'O,' the Oprah Magazine, and the author of a syndicated health/nutrition column for the New York Times. He has appeared extensively on national television and in magazines and newspapers and has published 8 previous books.

CATHERINE S. KATZ, PhD was raised in the south of France, and learned the fine art of southern French and North African cooking from her mother and aunt. She came to the US at age 14, settled in Houston, Texas, and promptly gained about 25 lbs from her sudden immersion in the "toxic nutritional environment" of the United States! It took her several years to learn all the strategies necessary to compensate for the challenges of that environment, and stabilize her weight permanently. Catherine is a neuroscientist by training. During recent years, her talents have been devoted to the raising of her 5 children and raising the standards of gourmet nutrition. 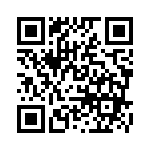