Derek Attridge is professor of English at the University of York. He is the author or editor of numerous works, including Peculiar Language, Joyce Effects, Meter and Meaning, Poetic Rhythm, and The Singularity of Literature. 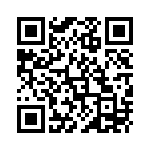